You are here: Home / TECH / CAMERAS / Shooting with the Best Fuji Lens For Architectural Photography!
Spread the love

Let us get to know more about this Lens and all you need to know.

The Fujifilm XF 10-24mm f/4 R OIS WR is a wonderful fit for the X-Pro3 and I find it visually appealing. The weight-to-size ratio is nearly ideal and well-balanced.

With a weight of 13.6 oz / 385 g, the lens feels lighter than I expected, and it is slightly lighter than its predecessor.

As a reviewer, I’m searching for something to criticize, but Fujifilm has made it difficult with this lens. Everything feels great. The zoom ring is extremely smooth, as is the focus ring, and the aperture ring has exactly the appropriate amount of damping.

The petal-shaped lens clicks into place, but it won’t be difficult to unscrew. I experienced a few instances where it was slightly off, and while shooting at 10mm, you can see the hood when it is not straight. It’s not a major deal, but it’s worth noting.

This could be a one-time issue that can be easily remedied with a piece of gaffer’s tape.

The XF 10-24mm f/4 R OIS WR has a complex design that includes 14 elements in 10 groups, including four extra-low dispersion elements. It has a Super EBC coating and 7 diaphragm blades that are rounded. 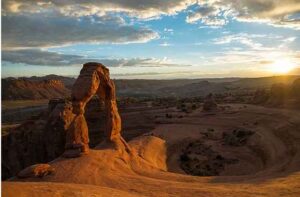 The Carl Zeiss Touit 12mm f2.8 is a mirror-less system camera wide-angle prime lens. It comes in two variants for either the Sony NEX or Fujifilm X-mounts, and when mounted to either system, the lens provides an 18mm equivalent field of view, making it the widest prime lens available for either format.

Touit, pronounced ‘do-it,’ is the name of a new Zeiss lens family named after a type of parrot famed for its small size and agility. Both of these characteristics have been employed by Zeiss to the Touit lenses, allowing them to be as tiny and light as possible without losing build or optical quality.

As a result, the lens bodies are composed of metal, while the lens hoods are constructed of plastic to save weight; none are weather-sealed, although manufacture is done in Japan and Touit is 100 percent, Zeiss.

Touit are autofocus variants with motor-assisted manual focusing, a first for ‘pure’ Zeiss lenses, however, none are optically stabilized.

Zeiss believes that the ‘biggest and most powerful’ sensors in the compact system camera market are found in the Sony NEX and Fujifilm X models, and hence those mounts will be supported first.

At the time of writing, there are no plans for Micro Four Thirds or other mounts, but they have not been ruled out.

During a preview, I was able to put the 12mm f2.8 and 32mm 1.8 X-mount lenses through their paces on a Fujifilm X-Pro 1. Shortly, I plan to perform in-depth assessments of both lenses. 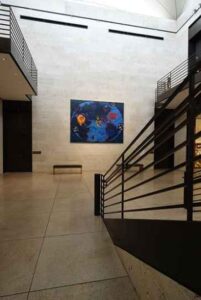 This lens has been available for a while, but because it’s unusual, I thought I’d offer my opinions. It was released in 2013 with a hefty price tag of USD 1,250, and it was one of Zeiss’s first autofocus lenses as well as one of the most extreme rectilinear wide-angle primes available for the Fuji-X and Sony-E mounts.

Honest reviewers correctly pointed out that it fell a bit short of the gold standard set by other noteworthy Zeiss lenses in terms of optical performance and build quality, and that, for the money, it was difficult to recommend above an objectively superior XF 14/2.8.

Zeiss later reduced the price, and then the entire Touit series, in response to poor sales and unrelenting competition from Korea and China, particularly the popular Samyang/Rokinon 12/2.

After selling my Sammy (because of color correction issues and disliking the 6-bladed aperture), I purchased the 9-bladed Zeiss a few weeks ago for $500. (used and in excellent condition).

At used lens costs, I’m finding a lot to like and very little to dislike. It’s solidly made, focuses quickly (with the newest 1.2 firmware update that enabled PDAF for cameras like my X-Pro3), is optically great (though not perfect), and appears to fall neatly between the xf14/2.8 and the Samyang 12/2 in terms of total optical performance.

The Samyang’s excellent coma control and extra stop of the light-gathering are currently unrivaled for Astro shooters, and the Fuji xf14/2.8 is one of the best travel and landscape UWAs available for any system, but for general photography at the 12mm focal length, the Zeiss is a worthy option when priced appropriately. 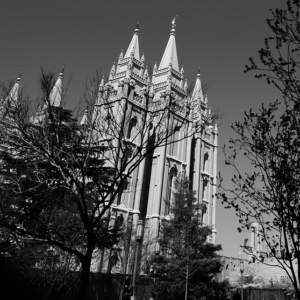 The XF 10-24mm f/4 wide-angle zoom lens has an equivalent focal length of 15-36mm. While this is a fantastic lens, the maximum aperture of f/4 can be restrictive at times, and f/2.8 ultra-wide zooms have proven to be quite popular among competing camera systems.

The XF 8-16mm f/2.8 R LM WR lens combines high-end performance with durable construction, offering a remarkable lens well-suited to many forms of photography. It has a sophisticated optical formula and Fujifilm’s latest innovations and features.

The style and the overall form of the Fujinon XF 8-16mm f/2.8 lens is similar to that of other high-end XF lenses.

This implies it features an aperture adjustment ring with a ridged metal surface, followed by the zoom ring and then the focus ring at the front of the lens.

The zoom ring is marked at 8mm, 10mm, 12mm, and 16mm and rotates over its whole range in a relatively brief revolution. There is a considerable degree of resistance; it does not feel loose and is difficult to rotate accidentally.

The focus ring, on the other hand, has a sloppy appearance. Fortunately, you can make fine adjustments if you rotate it carefully. The amount of focus throw is determined by the speed with which you rotate the ring, as well as the distance, traveled, so it works well for both minor and large adjustments.

It has focus-by-wire, like other XF lenses, which can make manual focus a little difficult at times, but in my experience, the lens functioned well with manual focus overall.

This is a quick intermediate zoom lens for Fuji X-mount cameras that are also built of metal!

There is no mechanical manual focus, like with all Fujinon XF lenses. It’s all digital.

WR is an abbreviation for weather resistance.

Most newer Fuji X cameras have an AF+MF mode option in their AUTOFOCUS SETTING menu, which gives you fast manual focus override as long as you hold the shutter halfway open.

To convert between auto and manual focus, you must shift an AF mode switch on your camera.

For many decades, Fuji, like Canon and Nikon, has also produced significantly more advanced optics, such as binoculars for military and space usage, as well as lenses for film and television with six-figure price tags at a discount.

Unlike smaller brands like Sigma and Tamron (or even LEICA), Fujinon has extensive experience supplying optics that cost more than some people’s homes, and it incorporates that knowledge into these lenses.

This Fujinon 16-55mm is built of metal and features superb optics that are super-sharp edge-to-edge even when the lens is wide open at f/2.8.

This is the greatest midrange zoom for Fuji cameras if you don’t mind the price and weight.

This super wide-angle lens is intended for use with Full-Frame and APS-C cameras. Its optical design includes 14 parts and 12 optical groups.

All lenses have been treated with high-quality anti-reflective coatings of the latest generation: UMC – Ultra Multi-Coated.

This optical design, combined with cutting-edge materials, will allow you to take the highest-quality photos conceivable.